Born on one of the USF’s many capital ships, Kal had a typical childhood within the Flotilla. While he shared his father Marit’s passion for cooking, he also inherited his mother Rosalys’ sense of duty and enlisted in the military just as she did years prior. He quickly showed an aptitude for medicine, however it could be said that where Kal most stood out was the ease of his friendship with Eva, daughter of the revered Admiral Elmond Cana. They first met in a medical course and quickly became inseparable friends. Over time, their careers took opposite directions as Eva was elected to act as the USF’s Senator in the Galactic Republic while Kal earned his way onto various vital military details, including special forces work. Though they had to go their separate ways, they would chat via holovid’s whenever possible, the frequency of which quickly waned as both had their free-time diminished to essentially none.

Kal’s life took a sudden turn, as did for all involved, in the Battle of Arbra. The USF sent a mighty detachment to assist in fighting the Mandalorian Incursion – and while victorious, took heavy losses. The ship Kal was stationed on was one of those ships. While the claxons signaled to abandon ship, Kal remained behind to make sure everyone able could leave in time before the self-destruct mechanism of the ship ensured that the Mandalorian’s aboard could not escape with any vital USF intelligence. Fending off the bridge from a small squad of Mandalorians, Kal’s willing sacrifice was not in vain as the ship tore itself asunder, taking all aboard down with it.

By the will of the Force, Kal was still clinging to life when picked up by a USF rescue skimmer. While a fellow combat medic was wavering with a decision of triage, a call came from high up the ranks to keep Specialist Vanhoven alive. After months of surgery and recovery, Kal awoke to find himself enhanced. New limbs greatly increased his physical strength and abilities, while the cybernetics implanted gave him machine-like computational and security system capabilities. It took some adjustment, but life as a cyborg has given Kal an even better chance to help those around him. 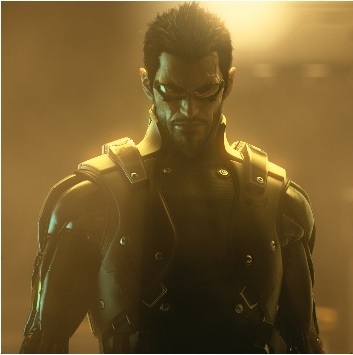