Her lightsaber was blue but she now wields Kamlin’s, which is pink.

Leeloo and her identical twin sister, Minai, were born into the Stannis family, who were farmers. That might have been their destiny as well, if not for an incident which happened to Leeloo when she was 5. A Vicor Hound had been preying upon the smaller animals at night. The twin’s father had decided to wait up with a gun to kill the predator, however he fell asleep. When he awoke, he found the normally vicious creature curled around a sleeping Leeloo to keep her warm; no animals were harmed that night. It wasn’t long after that the Jedi Council inducted the twins into their training. Leeloo was instructed on Coruscan while Minai was placed on Dantoonie. Leeloo had strived to be a model initiate and apprentice. By age 17, she had good control over the basic Jedi abilities and still retained her unusual connection with all animals. Her only shortcomings are a tendency to form emotional attachments and now that she is growing into a fine young woman, she is quite shy about her blossoming looks (which are stunning). Minai, although identical in appearance, is more boyish and keeps her hair pulled back in a pony tail.

Quote: “Must you hurt that animal in order to feel superior? Show her kindness and she will serve you well until the end of her days.”

Leeloo is a double-Ace starfighter (6 kills her first time out) and has been called The Greatest Pilot in the Galaxy by some on more than one occasion.

Due to her addiction to Red Sand and other factors, Leeloo had been stripped of her Jedi Padawan status and exiled to the planet Dathomir. Having passed a Trial there, she was given the option to return to the Order but choose to remain and become the first off-worlder to begin walking the Three Paths in the hopes of becoming a Sister of the Force. 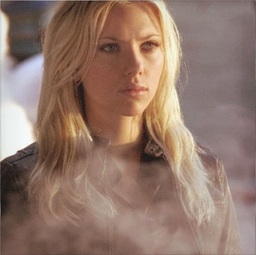